This month 32 years ago…

In 1985 CERN commissioned a monumental mosaic for its new reception building, Serge Moro’s “Cosmic Song”, which was completed in 1987. This photo shows the scale of the artwork, and a more dramatic picture of the swirling colours and shapes was captured by the July/August CERN Courier (p. 31).

The metal and plexiglass flooring, built in collaboration with the CERN workshops, uses fluorescent light effects governed by the constant rain of cosmic ray particles from outer space. You can see it in action in the artist’s film clip. 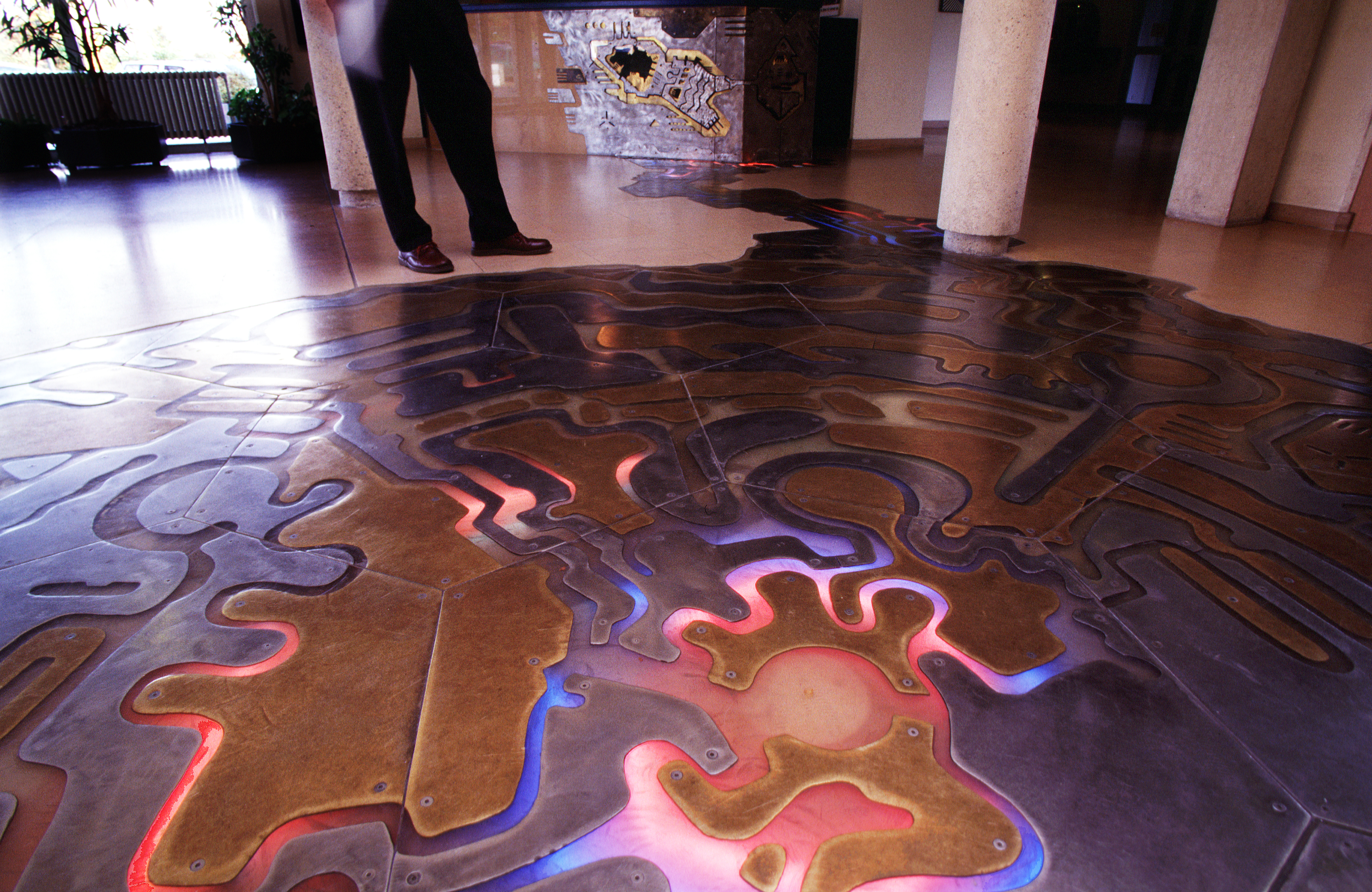