This month 59 years ago…

Following CERN’s decision in 1959 to welcome Soviet scientists, the first long-term visitors from beyond the iron curtain arrived on 18 July 1960 for a stay of six months.

Vladimir Meshcheryakov and Rostislav Ryndin, from the Theoretical Physics Laboratory in Dubna, joined CERN’s Theoretical Studies Division, where they continued to work on projects begun in the USSR, while experimentalist Yuri Sherbakov, also from Dubna, assisted in running the 600 MeV synchro-cyclotron. See the July 1960 CERN Courier  for more details. 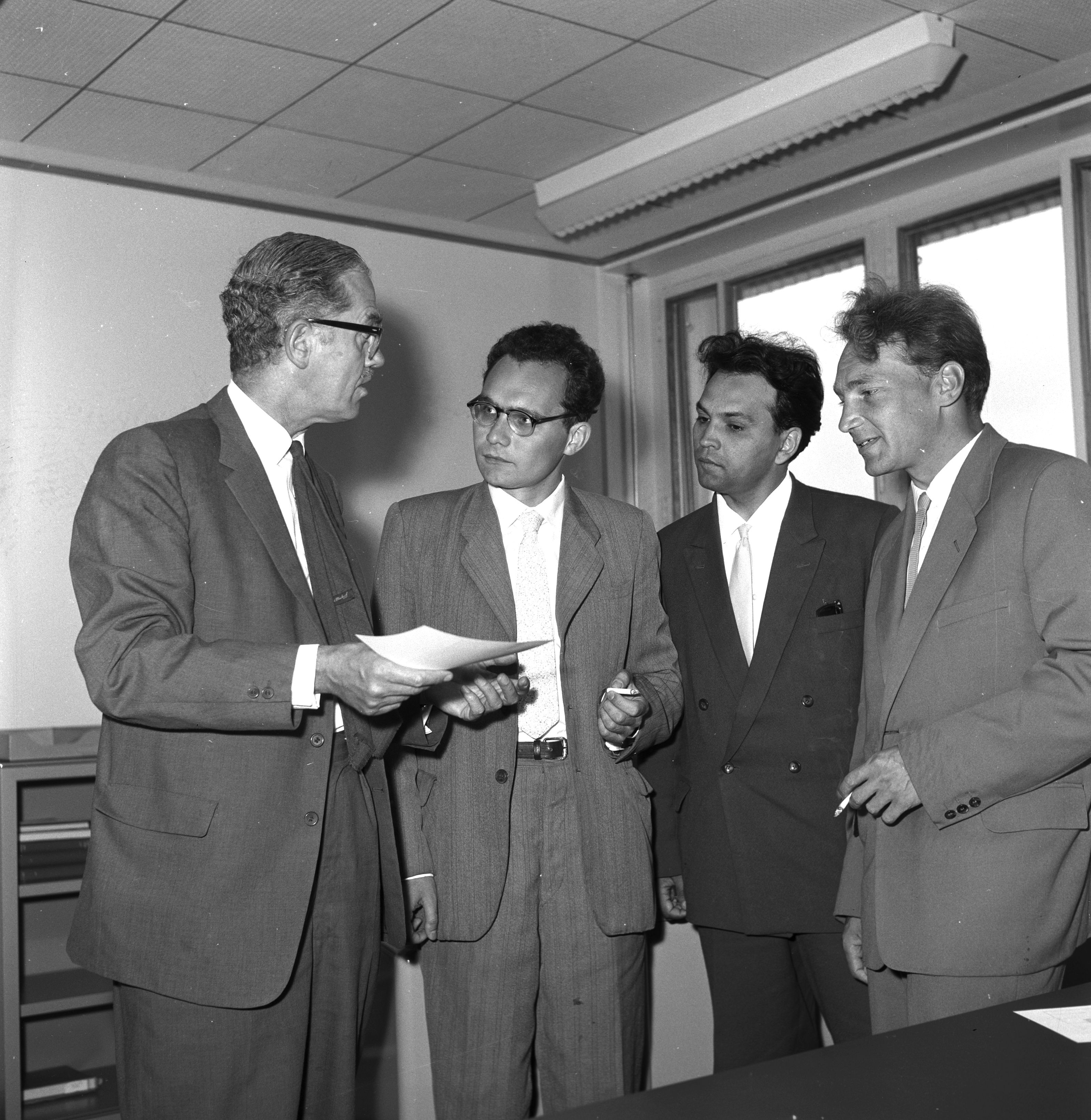