On Tuesday 22 March 1960 the growing CERN family gained a new recruit when Claude Célarier became its thousandth staff member. The young Frenchman trained as a technical draughtsman during the war, then worked in the machine-tool industry and aviation engine manufacture. In his spare time he enjoyed music, the theatre and painting. Thinking CERN might not be a bad place to continue his career, he applied, and was selected to join Mr. Horisberger's drawing office, where he set to work developing beam extraction apparatus.

On 23 March Célarier was welcomed to CERN with a small party, and three dozen staff members applauded as he received a commemorative scroll and two bottles of champagne from Director-General Cornelis Bakker. 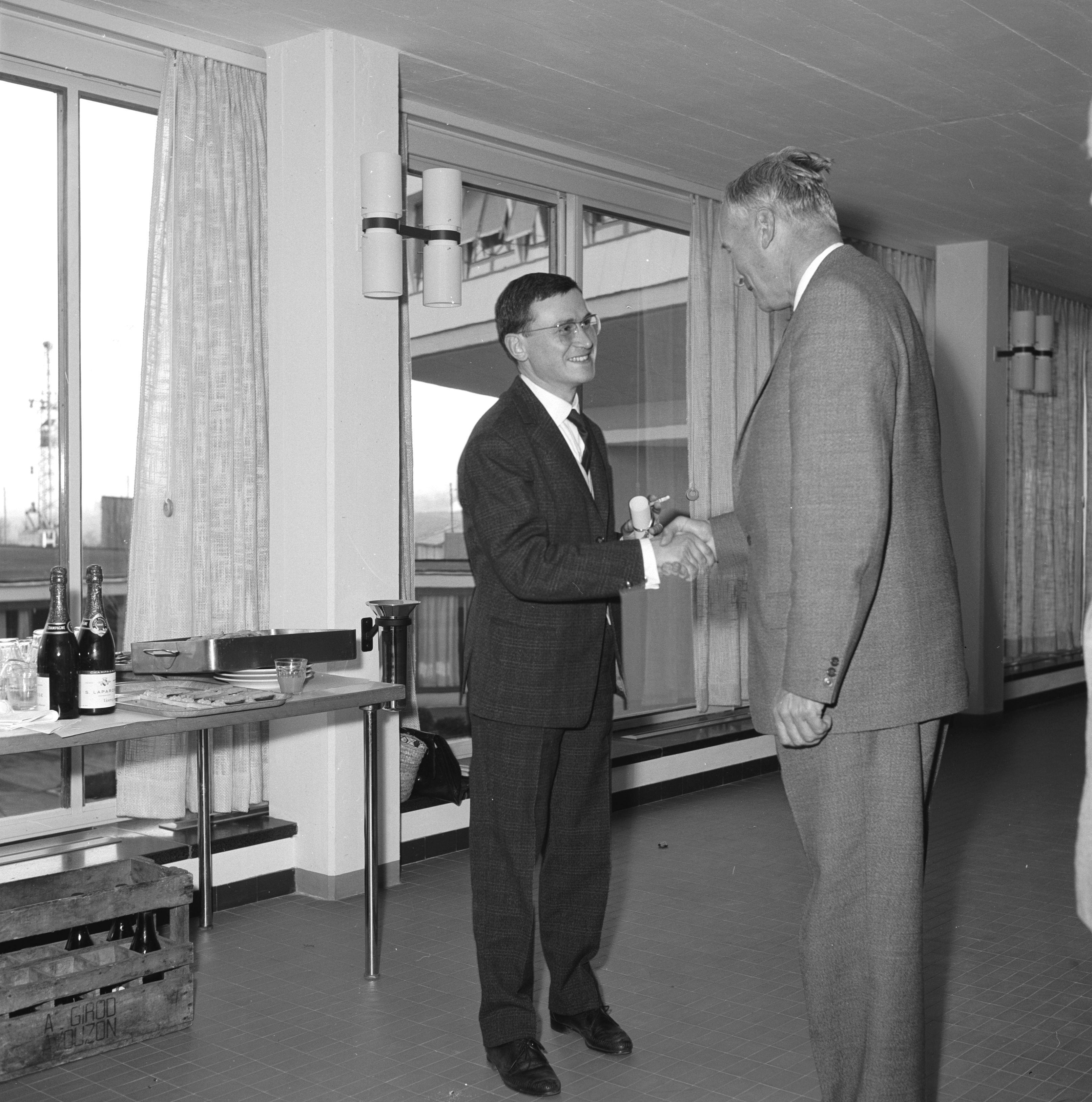