Have you ever wondered what the very first letter in the very first binder of the very long series of correspondence files produced by CERN’s Directors-General is about? If so, click here.

Don’t get too excited, though. As expected for an organization just coming into existence, it deals with administrative matters, specifically the arrangements for the second meeting of the provisional Council in June 1952. You can read the minutes of that meeting here and browse other Council meetings here.

CERN did not officially exist in 1952; the provisional Council’s task of creating the new international laboratory for nuclear physics reached a successful conclusion on 1 July 1953 with the signature of the CERN Convention. 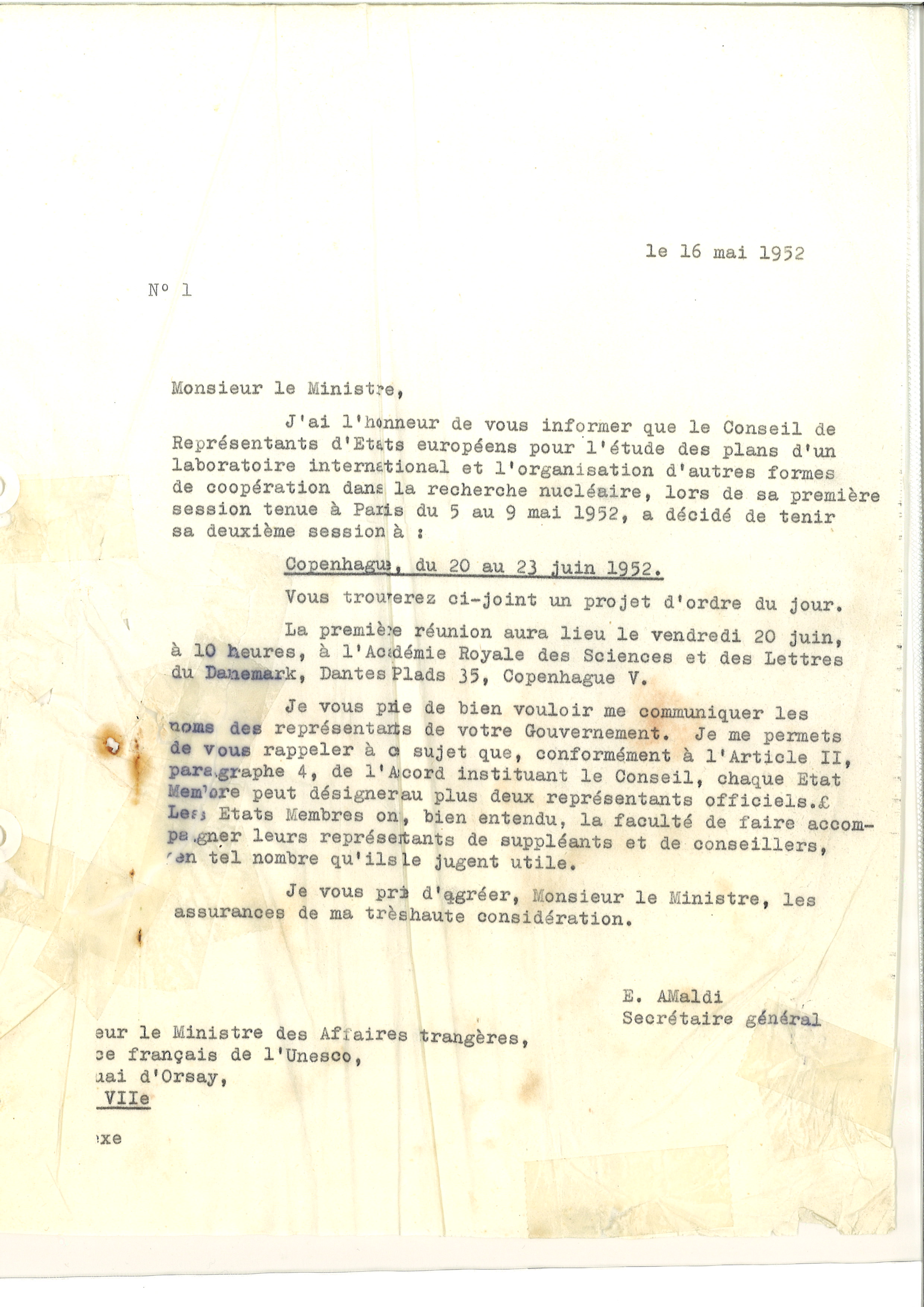